All repairs are covered by our nationwide, two-year/24,000 mile warranty.

Your vehicle’s electrical system is important to the operation of your car or truck, managing several critical parts that operate all other components related to electrical needs. The demands for such specialized equipment takes certified technicians with a deep understanding of the system.

Your car or truck’s electrical system is made up of four components:

*Warranties are not applicable if the parts are provided by the customers.

The battery is the heart of the electrical system; it is responsible for storing the electricity used to start the engine and operate all electrical accessories within the vehicle. They are commonly referred to as SLI batteries because they are designed to provide electricity to the starter, lighting and ignition systems.
Most batteries contain lead plates that have been submerged in a mixture of sulfuric acid and water. The chemical reaction that results from this design emits electrons that produce an electrical current. Reversing the chemical reaction can recharge the battery, but all batteries will lose their charge over time due to normal breakdown. When the battery dies, it is important to check its voltage. This will give you a better idea of whether or not the battery is the source of the problem or if you need to investigate the possibility that the starter or alternator has stopped working.

This component is one of the most important pieces of automotive electrical systems because it initiates the combustion process within the cylinders. The starter is a motor that uses the flywheel to turn the crankshaft. This process creates compression in the cylinders, essentially allowing the engine to operate. Since the starter is the engine’s largest consumer of electricity, it receives current directly from the battery. This current is regulated by the key-operated switch within the cab of the vehicle. Starters tend to last a few years and are not usually the source of a malfunction.

Contact Colony One Auto today to receive an estimate on the repairs related to your vehicle’s electrical components. 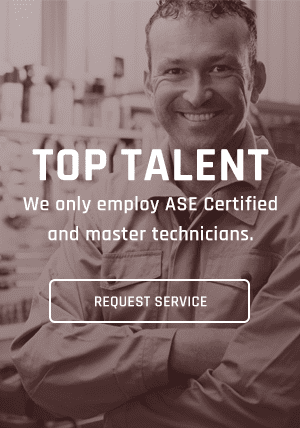